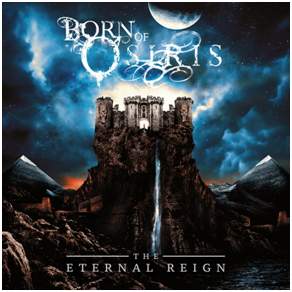 In honour of the 10 Year Anniversary of the label and BORN OF OSIRIS re-signing w/ Sumerian Records, the two have teamed up to produce a re-release of the bands’ debut album - The New Reign. Not only is the album a re-release of the initial work that put them on the map, but BORN OF OSIRIS have re-corded the 8 tracks, in addition to adding one new song and titled the new version - THE ETERNAL REIGN. This album is the latest companion to an already historic catalogue from BORN OF OSIRIS and SUMERIAN RECORDS. Happy Anniversary and Congrats all around!
More Details
We use cookies on this site. To learn more, please review our Privacy Policy.
Accept & Continue Review Policy